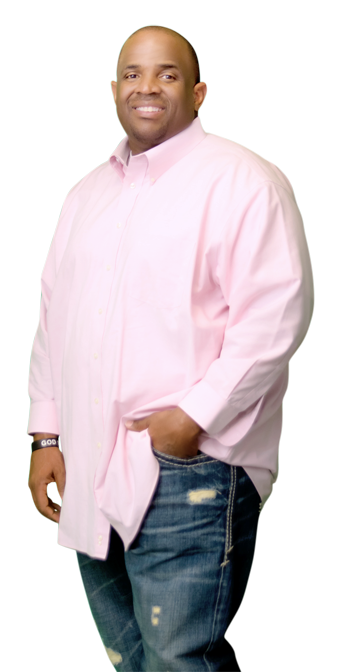 Karl Mayes overcame incredible odds to become the man he is today. Karl was born in Ft. Worth, Texas, and grew up on a side of town known as “Stop Six!” This was considered then what would be known now as an “economically disadvantaged” neighborhood. So in other words, Karl grew up as an “at risk youth!” When he was 13 years old, Karl witnessed a young womanʼs murder, which created a sense of trauma along with resilience as he grew older. Always challenged with the opportunity of taking the “quick way out” by selling drugs, he was able to dodge that pitfall. Karl was pushed and supported by his parents and mentors, which gave him direction to stay focused on the fact that “you will do better when you think better, so keep learning.”

At age 18, Karl became devastated by the news that one of his favorite family members was addicted to crack cocaine. This was hard for Karl, but looking back he admits that this was also important in shaping his future. He was devastated but not defeated. He used all of
what he endured growing up as a reason to “Go” and not as a reason to “STOP!”

Karl credits his successes to great mentors and life experiences. His choices and his attitude are what have made him the man he is today. The KING Motivator is real and if you donʼt want real – Karl isnʼt for you!

Today, Karl draws on the grace of some of his darkest moments to help todayʼs professionals, college students and youth transform their own lives. Karl believes that success comes down to our world view, and our relationships with others. He believes that success in life – fulfillment and service – depends on the attitude we take from the moment we open our eyes each day.

“People treat us how we train them to treat us,” says Karl. “When we unleash the greatness that is inside us, the world will mirror it back. The goal is to activate the greatest potential in each audience that has the pleasure of experiencing The KING Motivator.” Karl is living proof of an activated greatness.

Karl presents for family and social service organizations, and routinely for college and high school assemblies and often is a keynote speaker for many state and national leadership organizations such as NABA, TRIO, Upward Bound, and many more.

“I speak to my audience how I wished someone had spoken to me when I was their age.”  ~ Karl Mayes

Karl has addressed audiences in 10 states and plans to expand that annually. He also plans to move internationally as well along with the provinces of Canada. 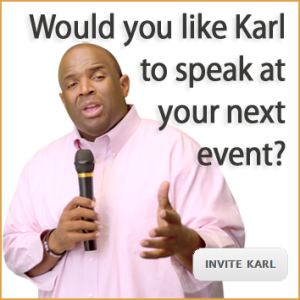 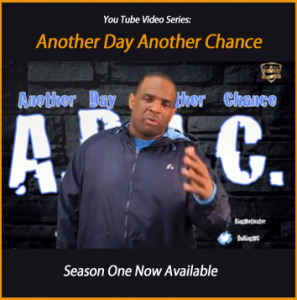 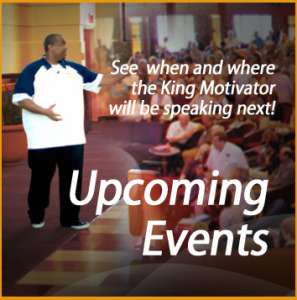